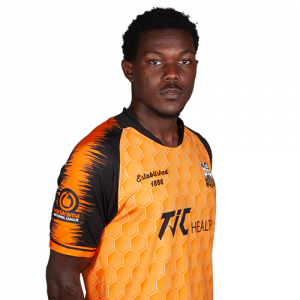 Ephron Mason-Clark, born in 1999, signed his first professional deal with Barnet in July 2016 after graduating from the youth academy. Possessing the skill to play either as a striker or on the left-wing, he made his debut for the club as a substitute in the Checkatrade Trophy against Norwich Under 23’s.

A loan spell at Metropolitan Police from October to November got Mason-Clark his first taste of league football. He wouldn’t have to wait long until his Football League debut though, coming on as a substitute against Crewe Alexandra just a week later.

Mason-Clark has established himself as a first-team regular and is a fan favourite at The Hive London. With pace, power and goals to his games, the future is certainly bright for the winger.