The Bees fell to defeat in the first midweek match of the season – losing 4-2 at Chesterfield FC in Vanarama National League action.

In the 6th minute the hosts were awarded a corner after Joe Widdowson defended well and blocked a cross into the box.

Jeff King took the corner as Gavin Gunning rose highest to head the ball back across goal to Kabongo Tshimanga at the opposite post who tapped in from two-yards out to take the lead.

The Spireites added a second moments later as Stefan Payne went rushing through on goal. Ben Richards-Everton tripped the 30-year-old in the box and Referee Andrew Miller pointed to the spot.

Tshimanga stepped up and slotted the penalty down the middle to double Chesterfield’s lead and score his second of the evening.

The Bees looked to find a way back into the game shortly after and came close after David Sesay and Mason Bloomfield linked up well to find Kian Flanagan on the edge of the box.

The 22-year-old midfielder turned away from his defender before curling his shot high into Scott Loach’s hands.

Stefan Payne looked to extend the hosts advantage in the 20th minute when he was played through by Manny Oyeleke, before turning away from Mitch Brundle and striking goalwards, only to see his shot smothered away by Richards-Everton.

James Rowe’s side continued their spell of pressure as Tshimanga was played the ball by Miller before turning and shooting low to force a smart save from Sam Sargeant.

The Bees’ stopper parried away as far as Miller, who shot first time and made Sargeant save again, before the Spirerites’ wing-back was eventually flagged offside.

Harry Kewell’s side pulled one back in the 43rd minute when Serhat Tasdemir picked up the ball on the left edge of the box and took aim.

His effort flew towards goal before taking a heavy deflection off a Chesterfield defender that wrong-footed Loach in the hosts’ goal and rolled over the line.

On the stroke of half-time, the Bees found themselves level after a neat bit of build up play in the final third. Sam Granville collected the ball and let fly, before watching his shot get deflected into the net by Adam Marriott.

The Spireites were awarded another penalty just after the hour mark when the ball was spread to King on the right side before he took it under control, dropped and shoulder and made his way into the box.

Chesterfield’s No. 20 looked to go past Widdowson in the box and dropped to the ground following a challenge from the Bees’ defender.

Tshimanga took the spot-kick and placed it down the middle to secure his and Chesterfield’s third of the game.

The hosts thought they had scored a fourth in the 73rd minute. The ball rebounded inside the Bees’ six-yard box before finding its way to Stefan Payne at the far post, who tapped into an empty-net from close-range. However their celebrations were cut short after he was flagged offside.

Gavin Gunning eventually netted the hosts’ fourth in the 77th minute when they were awarded a free-kick in a central position.

The Spireites’ No. 5 struck it low towards goal before it took a big deflection off the wall on its way into the bottom left corner, beyond Sargeant’s outstretched arms.

Ephron Mason-Clark almost pulled one back to make for a tense ending after collecting the ball on the edge of the box and letting fly towards the bottom right corner.

Former Bees stopper Loach dived across his goal and parried the shot behind for a corner to keep their lead and ensure that all three points stayed at the Technique Stadium. 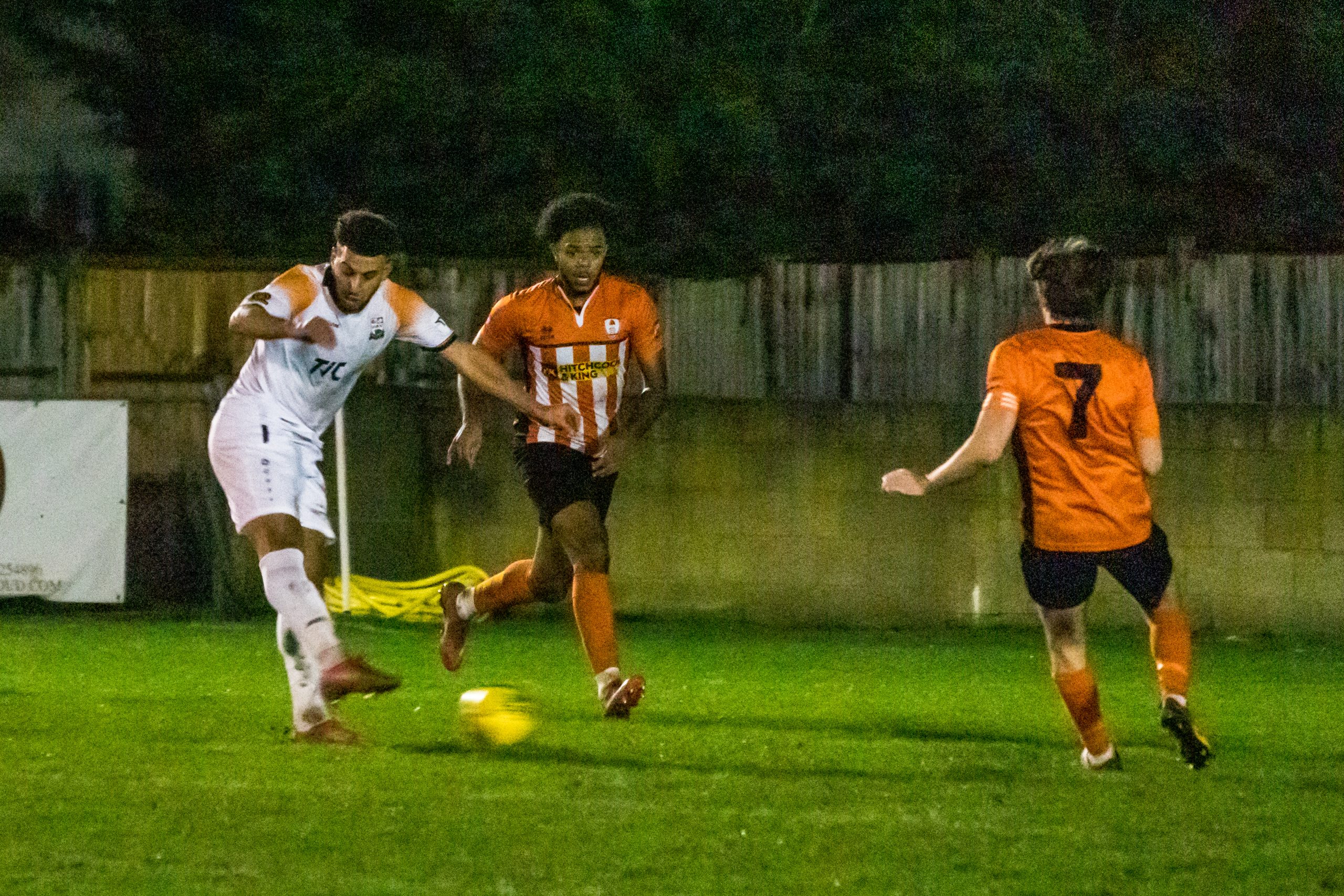 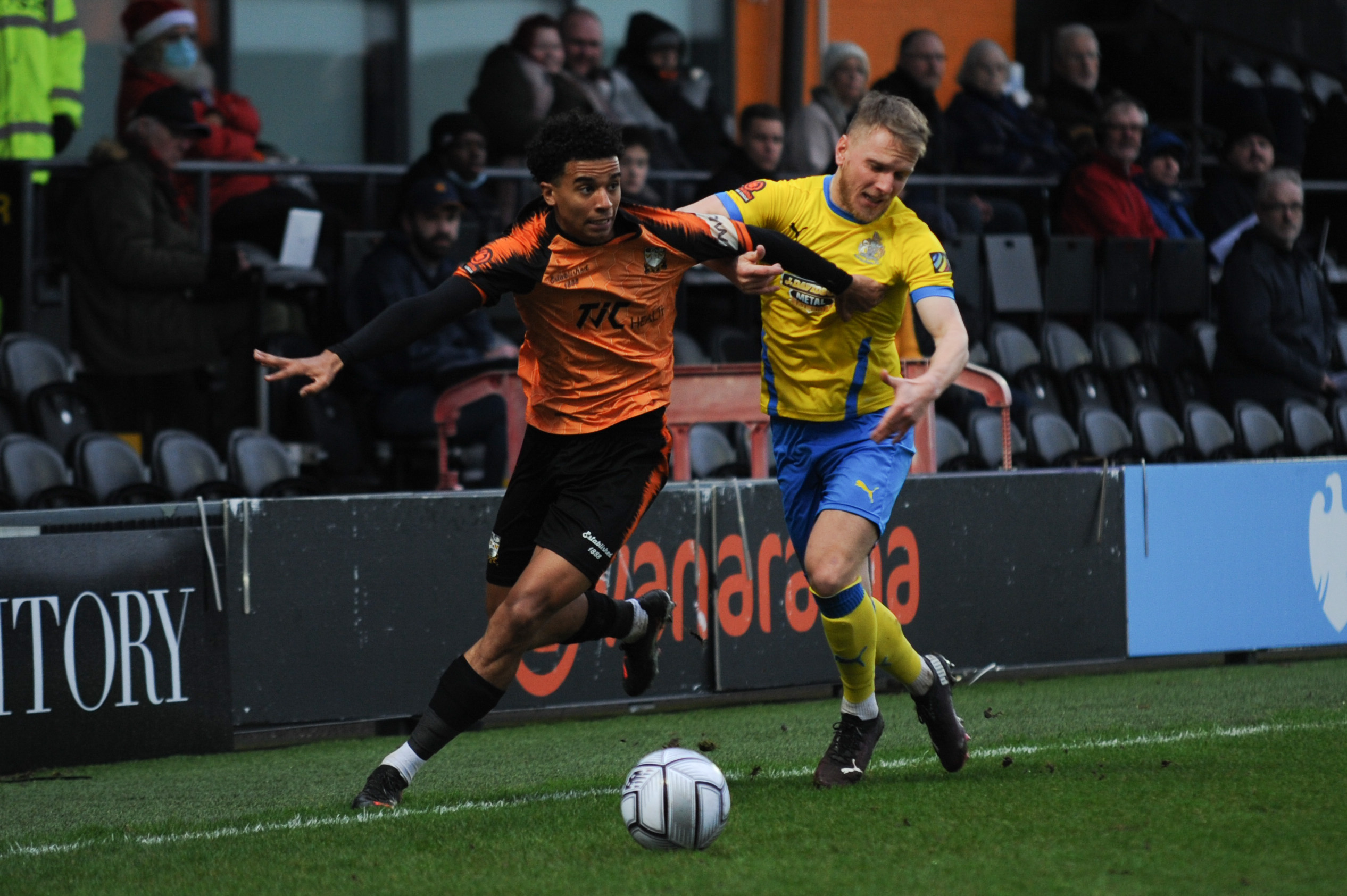 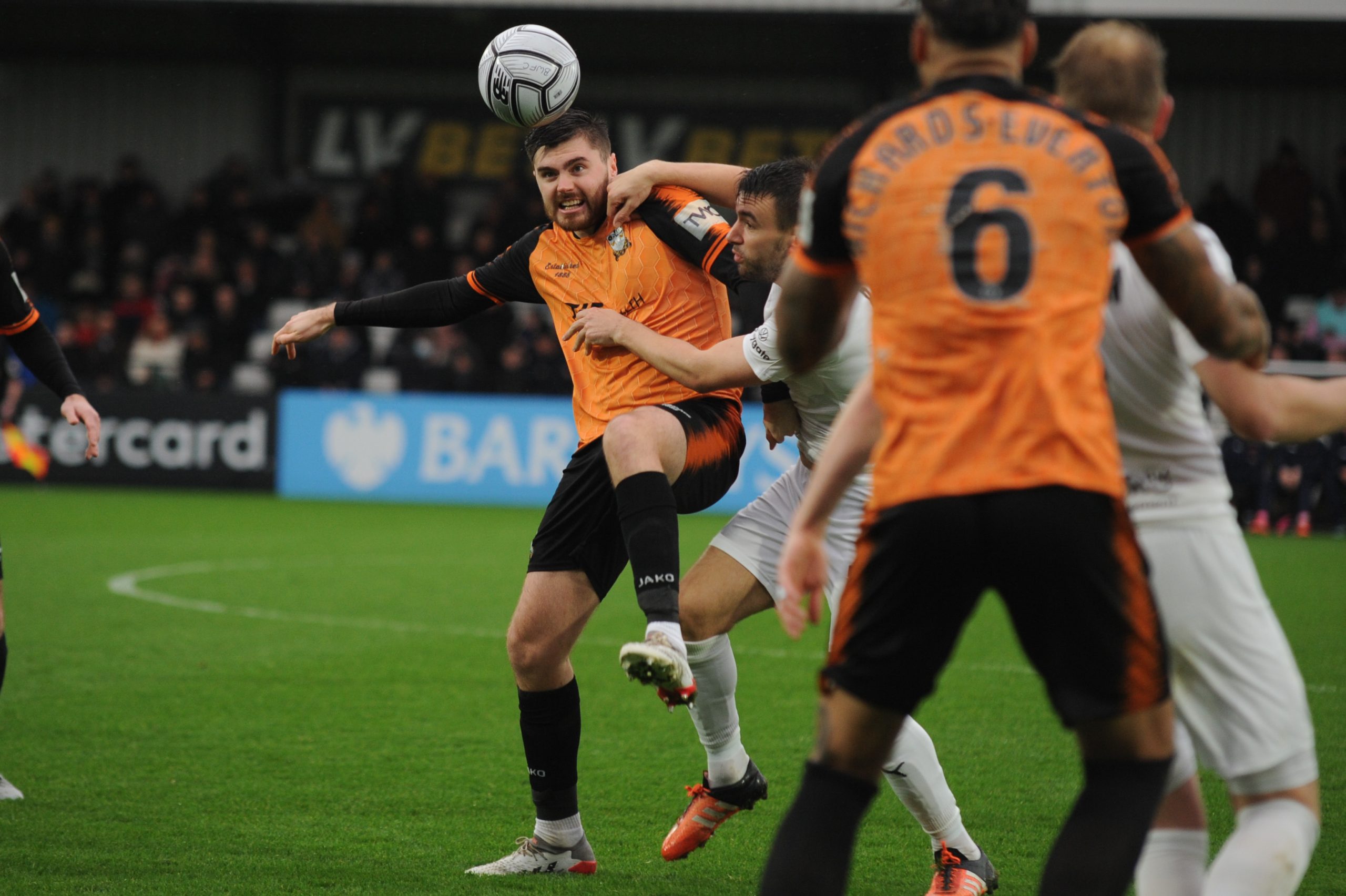 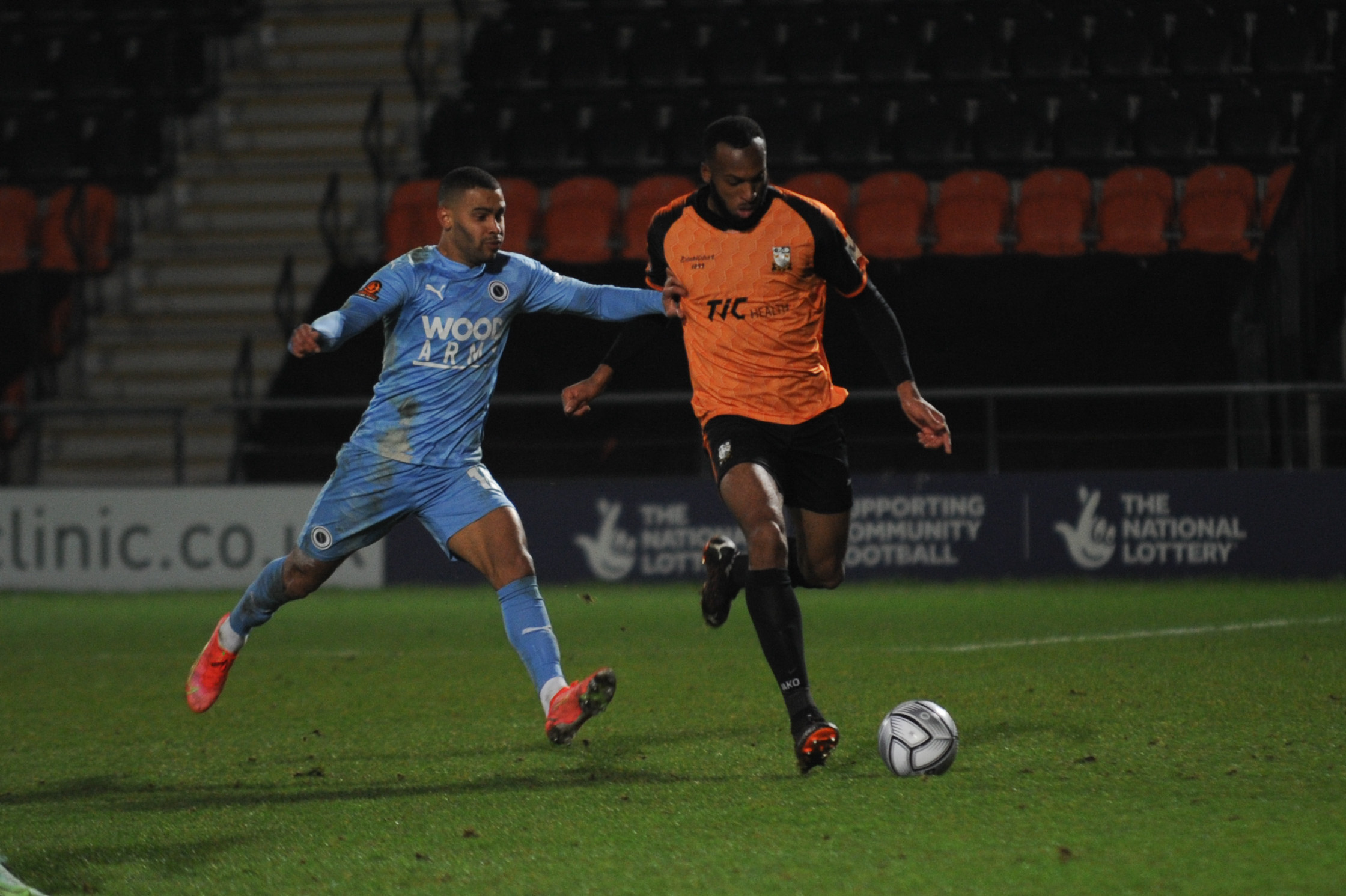