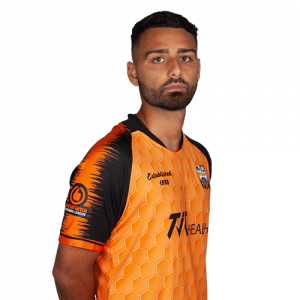 Serhat Tasdemir signed for AFC Fylde at the age of 15, following his release from Blackburn Rovers. He made his first-team debut at just 16 in the Lancashire FA Challenge Trophy vs A.F.C. Darwen, scoring a first-half hat trick. Following this, Serhat made his National League debut against Bromley, in September 2017, aged 17, scoring just 14 minutes after coming off the bench.

In July 2019, EFL League One side Peterborough United signed Serhat on a 3-year deal. He made his debut in an EFL Cup match against Oxford United on 13th August 2019, making his league debut four days later against Ipswich Town. He scored his first goal for Peterborough in an EFL Trophy tie against West Ham United U21s in December 2020.

Following a loan move to Oldham Athletic in February 2021, he was made available for transfer by Peterborough in May of that year and subsequently joined Barnet FC on a season-long loan in July 2021.