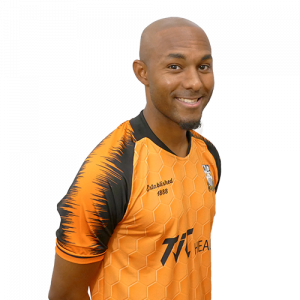 Rob Hall joined the Club on September 21st 2021 after being released by Oxford United in the summer.

The 28-year-old brings a wealth of Football League experience, having played in all of England’s top four divisions.

Hall came through West Ham United’s academy before making his first senior appearance for the Irons in the Emirates FA Cup against Sheffield Wednesday in 2012.

During his career so far, the frontman won silverware at International level after winning the 2010 UEFA European Under-17 Football Championship with England U17’s.