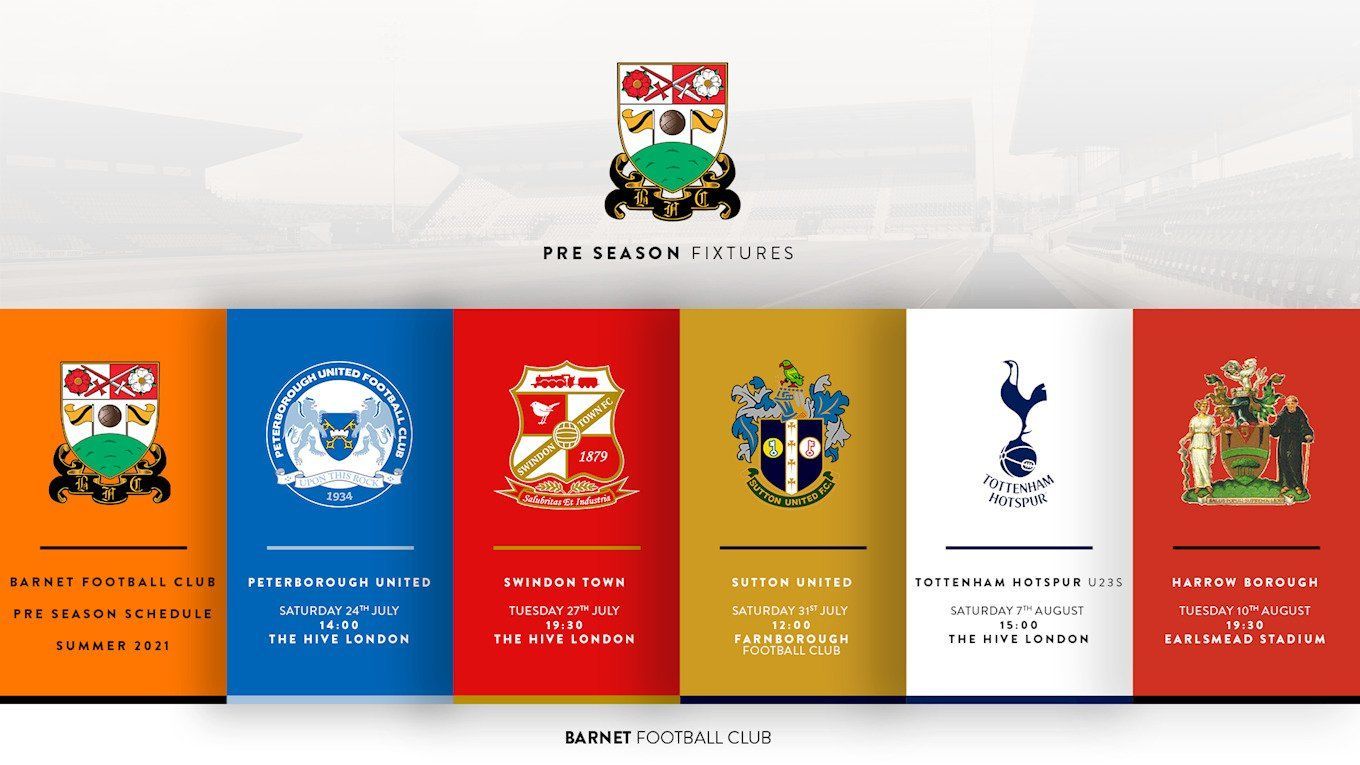 The Bees will take on a variety of opposition in pre-season friendly matches as we prepare for the 2021-22 Vanarama National League Season.

There’ll be plenty of chance for the Bee Army to see how we’re shaping up ahead of the campaign, with three friendlies scheduled to take place at The Hive London, as well as two local away trips for those who fancy hitting the road this pre-season.

Harry Kewell’s men will begin their pre-season preparations with a clash against newly-promoted Sky Bet Championship side Peterborough United. The fixture with the Posh will be two 75 minute matches, with kick-off at 14:00 at The Hive London, the match will also see the return of former Bees’ Jack Taylor and Ronnie Edwards.

The Bees then host Sky Bet League Two side, Swindon Town, the following Tuesday (July 27th, 19:30) before travelling to Sutton United on Saturday, July 31st. The 12:00 Kick-Off will take place at Farnborough FC’s, Easy as HGV Stadium, as the Bees meet their opponents from the final day of the 2020/21 season.

Our pre-season campaign then continues the following Saturday (Saturday, August 7th, 15:00), as we welcome Premier League Tottenham Hotspur’s Under 23s to The Hive London. We round off our pre-season schedule with a trip to Harrow Borough FC the following Tuesday (Tuesday August 10th, 19:30) as we compete for the Harrow Cup with our local neighbours.

Ticket details for our upcoming friendlies will be announced in due course.